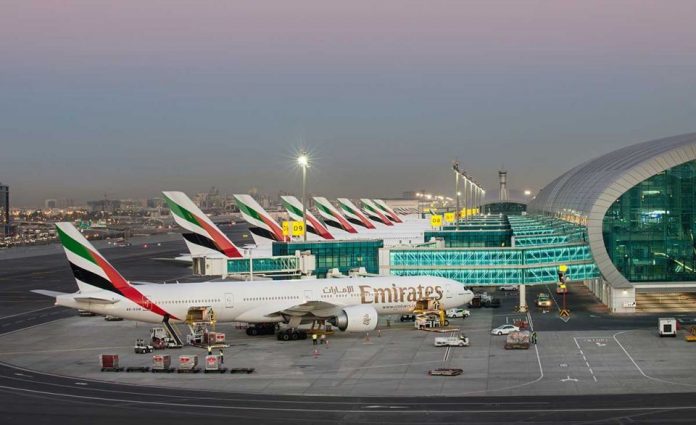 The upcoming Dubai International Airport runway repairs will not only cause the diversion of some flight operations to Al Maktoum International Airpot at DWC in Jebel Ali; it will also reduce the capacity of some airlines as well.

UAE-based carrier Emirates confirmed on Sunday that it has already started cancelling some flights for next year in preparation for the major refurbishment work at the southern runway of Dubai International Airport (DXB).

A source said some April to May 2019 flights have already been cancelled, as the airline prepares for a major capacity cut during the airport runway scheduled repairs next year.

“Some flights have already been closed off for booking,” a spokesperson told Gulf News on Sunday.

All flight schedules have yet to be finalized, though, but during the repair period in 2019, the number of available flights will be reduced by about 28 percent.

The airline has been on an expansion mode, acquiring 21 new aircraft in 2017. Also last year, Emirates expanded its network to 158 destinations. It also boosted frequencies and upgraded capacity to several points across its network.

For 45 days next year,  between April 16 and May 2019, Dubai International airport (DXB) will shut down the southern runway for upgrade works, and during this period, there will be a significant reduction in aircraft movements.

In a statement sent to Gulf News, an Emirates spokesperson said next year’s repairs will necessitate airlines operating at Dubai International (DXB) to lower their capacity.

“Emirates can confirm that it will be required to reduce its operating schedule by approximately 28 percent during this time, as single runway operations necessitate capacity cuts.”

“During the runway closure period, Emirates will cancel certain flights, reduce frequencies to some destinations and re-time some flights based on slots availability at DXB,” the spokesperson said.

“Emirates is working closely with all stakeholders to ensure we optimize our operations and minimize the impact on our customers.”

Budget airline flydubai announced on Thursday that it will move some flights to 39 destinations from their current base at DXB to Al Maktoum International Airport in DWC during the 45-day period of the refurbishment project, to ensure minimum disruption to passengers’ travel plans.

Dubai Airports confirmed in February that it will undertake some repair works next year in order to strengthen and resurface DXB’s southern runway and adjacent taxiways. Workers will lay down about 60,000 tonnes of asphalt and 8,000 cubic metres of concrete.

When a similar project was implemented in 2014, capacity at the world’s busiest airport was cut by 26 percent for 80 days.