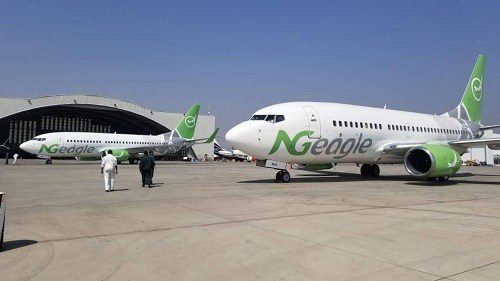 Stakeholders in the aviation industry have faulted the House Committee on Aviation for directing the Nigerian Civil Aviation Authority (NCAA) not to issue Air Operators Certificate (AOC) to the NG Eagle.

The stakeholders argued that the regulatory authority was autonomous and needed no interference from the National Assembly on the issue of the new airline that was established by Asset Management Corporation of Nigerian (AMCON).

The House Committee gave this directive following a petition jointly addressed to the Chairman of the Committee, Hon. Nnolim Nnaji, by the Federal Airports Authority of Nigeria branch of the National Union of Pensioners (NUP) and the Association of Nigerian Aviation Professionals (ANAP), alleging that AMCON acquired Arik Air properties and obviously changing the name to Nigeria Eagle Airline to avoid the payment of the huge debts owed to all the aviation agencies by Arik Air.

Dr. Gabriel Olowo, the President, Aviation Safety RoundTable Initiative (ASRTI), described the action of the House committee as an inter­loper, maintaining that it is not within their purview to issue such a directive to the regulatory agency.

Dr. Gabriel Olowo said that it was not the obligation of the National Assembly to direct the NCAA to issue or reject application for an AOC for a new airline, emphasizing that issuance of AOC must follow the recommended practices of the International Civil Aviation Organisation (ICAO).

He added that; It is not the responsibility of the National Assembly to direct the NCAA to issue or not to issue AOC. It is established in ICAO regulation that no matter how powerful the ministry is, which is the political arm of government, it can not dictate to NCAA. The criteria to award AOC are under the purview of the NCAA. That is the agency that has the right on who to issue a licence to. NCAA is recognised internationally as an institution to regulate civil aviation. The independence of NCAA is not negotiable. We will be doing more bad than good to NCAA if we allow such interferences over its activities.

Also, Mr. Olumide Ohunayo, The Secretary General, Aviation Safety Roundtable Initiative (ASRTI), made it known in an interview that the National Assembly could not interfere on critical issues concerning the issuance of AOC, which follows strict regulation. “The world is watching and I hope we won’t take this wrong step. I am sure NCAA will not allow it to happen and they will go ahead to sign those papers as NG Eagle has fulfilled all requirements for the certification. NCAA should not allow the National Assembly to dictate who would be given AOC.”

While speaking to journalists in Lagos, Comrade Abednego Galadima, the National President of The National Association of Aircraft Pilots and Engineers (NAAPE) said; “The contention on whether NCAA should give NG Eagle an AOC or not is very unnecessary and uncalled for. We see it clearly as an attempt to politically influence the NCAA’s decision on what is clearly a technical process which have outlined requirements and procedures that guides them in determining suitability or otherwise.

“We believe that NG Eagle is a very good initiative by AMCON and deserves to be given fair deal and not this unnecessary encumbrances. As a matter of fact, we should commend AMCON for saving thousands of jobs in the aviation industry through their intervention in Arik Air and Aero Contractors. For the avoidance of doubt, we clearly support AMCON initiatives to float NG Eagle because we believe that it will further guarantee jobs for our members and create more opportunities for the teaming unemployed pilots and aircraft engineers among others while rendering services.”

Galadima emphasized that the action of the House of Representative’s Committee on Aviation will have grave consequences on the aviation sector particularly now that the industry is counting her losses occasioned by the negative impact of Covid-19 and badly need huge investments inflow to recover fully and he said: “Undermining the autonomy of NCAA will have catastrophic consequences.” 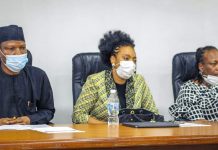 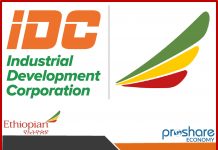 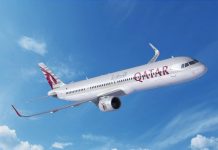