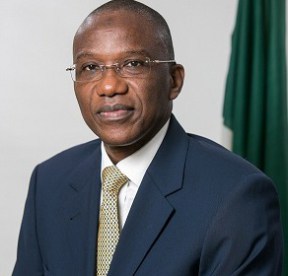 Managing Director/Chief Executive Officer, Asset Management   Corporation of Nigeria (AMCON), Mr. Ahmed Lawan Kuru (ALK) will on Tuesday October 9, 2018 at the Eko Hotels and Suites, Lagos, address aviation stakeholders as guest speaker at the annual aviation colloquium. The forum is organised annually by NigeriaTravelsMart (NTM) to seek ways of improving professionalism in the aviation sector of the Nigerian economy. The theme for this year’s edition is “Corporate Governance and Airline Industry Development in Nigeria.”

ALK who has been consistent in calling for the strengthening of good corporate governance across different institutions (both private and public) in the country was selected as guest speaker by the Board of NigeriaTravelsMart magazine because of his outstanding commitment to this call over the years.

The AMCON boss, the organizers added, would use the opportunity provided by the forum to share the experiences of AMCON’s intervention in the transport and allied sectors, with particular interest in Aero and Arik airlines. ALK would also be expected to field questions from participants, aviation practitioners and the media during the event.

Mr. Simon Tumba, Publisher and Chief Executive Officer of NigeriaTravelsMart magazine and organizers of the annual colloquium added that, “We are delighted to have the MD of AMCON, who is a strong advocate of good corporate governance deliver this year’s lecture. As a strong corporate player that practices what he preaches in his present organization and others he previously managed, I can tell you that industry players are already looking forward to having frank interactive session with ALK because of his bluntness.”

Given the leading role of AMCON in Nigeria as a stabilising and revitalising agent of the federal government and AMCON’s intervention in aviation, which is critical to economic growth, ALK’s contribution at the colloquium, Tumba stated will be valuable to industry stakeholders and the country in general.” 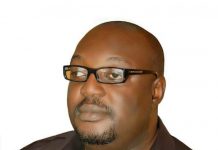 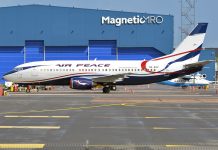 Between the United States, Kingsley Kuku and Air Peace 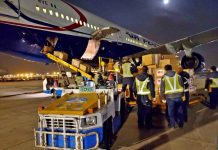 Air Peace Delivers Another Set of Medical Supplies From China