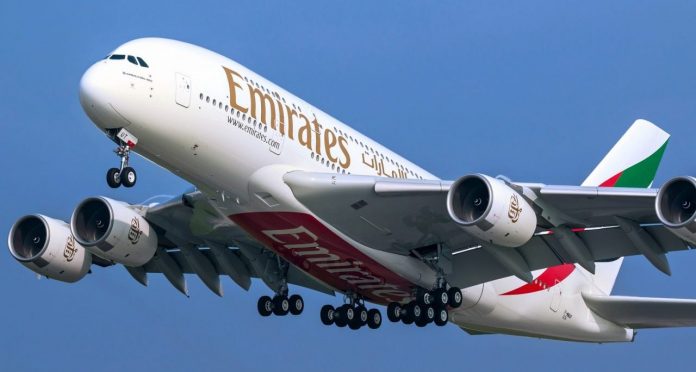 Emirates Airlines has announced its plan to slash daily frequencies to Lagos starting from August 15th, 2022, due to the airline’s failure to repatriate its revenue earned from ticket sales in Nigeria.

The United Arab Emirates national carrier made this known in a letter sent to the Nigerian Ministry of Aviation, stating that its 11 weekly flights from Dubai into Lagos will be reduced to seven, as a result of blocked funds amounting US$ 85 million awaiting repatriation from Nigeria. The funds, according to the airline, have been rising by more than $10 million every month.

Emirates, in a memo dated 22nd July, 2022 and signed by its Head of International Affairs, Sheikh Majid Al Mualla,  stressed that the planned reductions of frequencies was made to mitigate the continued losses Emirates is experiencing as a result of funds being blocked in Nigeria as the ongoing operational costs of its 11 weekly flights to Lagos and 5 to Abuja continue to accumulate.

According to the letter: “These funds are urgently needed to meet our operational costs and maintain the commercial viability of our services to Nigeria. We simply cannot continue to operate at the current level in the face of mounting losses, especially in the challenging post COVID-19 climate”.

The airline noted that attempts to stem part of the losses were made, by proposing to pay for fuel in Nigeria in local currency, but the request was declined by the supplier.

“This means that not only are Emirates’ revenues accumulating, we also have to send hard currency into Nigeria to sustain our operation. Meanwhile, our revenues are out of reach, and not even earning credit interest.

Indeed, we have made every effort to work with the Central Bank of Nigeria (CBN) to find a solution to this issue. Our Senior Vice President met with the Deputy Governor of CBN in May and followed up on the meeting by letter to the Governor himself the following month, however, no positive response was received.

Despite our considerable efforts, the situation continues to deteriorate. We are now in the unfortunate position of having to cut flights, to mitigate against further losses going forward,” the letter read in part.

The President of the National Association of Nigerian Travel Agencies (NANTA), Susan Akporiaye, described the development as a bad omen for the industry and its operators. Though the problem is not new, Akporiaye noted that NANTA had consistently appealed to the government to prioritise repatriation of airlines’ funds as a going concern.

She added that the current situation presents a real threat to the industry and the continuity of their businesses as travel professionals.