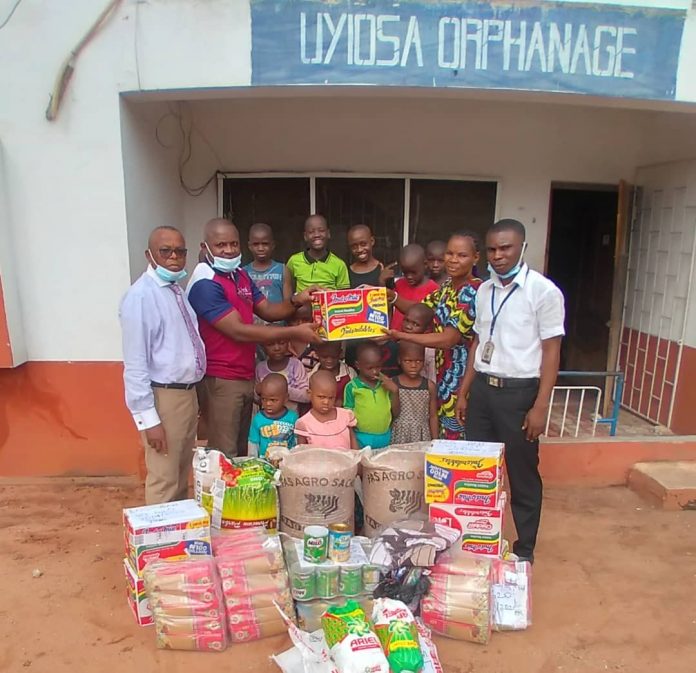 In the spirit of the Easter festivities, Arik Air has donated food and sundry items to the SOS Children’s Village and other orphanage homes across the country.

The donations, which were made in furtherance of the airline’s Corporate Social Responsibility (CSR), included rice, beans, noodles, spaghetti, beverage, detergents and bed sheets.

The Head of Corporate Communications of Arik Air, Adebanji Ola, who led the team on the visits, stated that the airline has always been supportive of the less privileged in the country, and chose the Easter period to make the donations, due to the significance of the period.

At the Uyiosa Orphanage Home, Benin City, Mrs. Usenbor Elizabeth, who received the items, thanked the management of Arik Air for the kind gesture, stating that it was extremely rare to have such donations coming from an organization during a time of national economic difficulty.

Chief Executive Officer, Arik Air, Captain Roy Ilegbodu, elaborated on the purpose of the donations, saying, “We attach a lot of importance to CSR activities in our organization, and we believe it is one of the best ways to connect with our communities. We will continue to identify with the less privileged in society to make life better for all”.