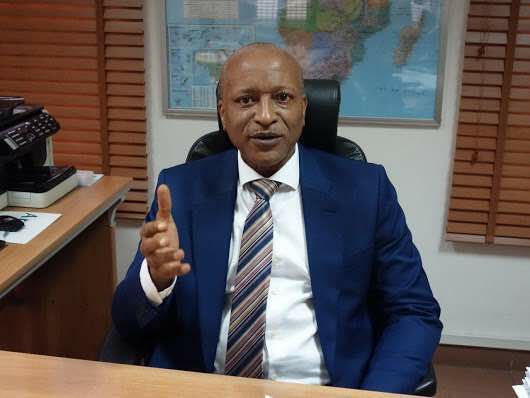 The managing director of Arik Air, Roy Ilegbodu, has said the airline cannot begin international operations as a result of the huge debts incurred by the previous managers.

Ilegbodu made this known while receiving the 54th President of the Institute of Chartered Accountants of Nigeria (ICAN), Alhaji Razak Jaiyeola, who paid a courtesy visit to Arik Air Headquarters in Lagos on Wednesday.

It would be recalled that the Asset Management Company of Nigeria (AMCON) had taken over the airline in February 2017 due to its huge indebtedness.

The director noted that since the airline was established in 2006, it has been through a lot of ups and downs, one they have been able to stabilise since taking over. Ilegbodu noted that the airline had suspended its flights to New York, London and Johannesburg as part of its reorganisation plans.

Capt. Ilegbodu while speaking said, “At the moment, we are consolidating and in the near future, you will see an airline that you will be very proud of. The process is quite tedious and it will take between 12 to 18 months to be able to get back on that stage but I cannot guarantee you that it will happen very soon.

“The previous management left a lot of international debts and we need to address the issue before we can restart our flight operations on these routes.”

At present, Arik Air and Aero Contractors are under the control of AMCON after both businesses could not survive under the weight of its debt.

AMCON was established in 2010, with a 10-year lifespan, to stabilise Nigeria’s financial sector by resolving issues of non-performing loans in banks.

Speaking earlier, the ICAN president Jaiyeola lauded the cooperation between ICAN and Arik Air and sued for its sustenance.

He, however, said: “We are very glad to identify with the giant strides that Arik Air has achieved in the aviation industry.

“We also appreciate that you are now consolidating on restoring the airline to its previous glory.”