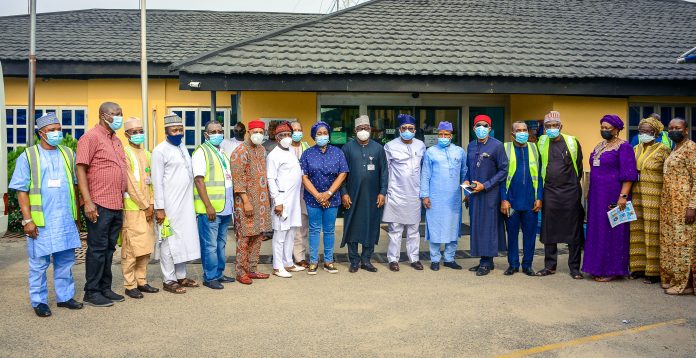 The Senate Committee on Aviation over the weekend paid an oversight visit to the Federal Airports Authority of Nigeria at the Authority’s Headquarters annex in Lagos.

Receiving the distinguished committee, the Managing Director of the Authority, Capt. Rabiu Yadudu, who led the FAAN Management team to the meeting, expressed the Authority’s appreciation to the Committee, noting that the organization has enjoyed the highest level of support, collaboration and co-operation from the Committee in her bid to realize her vision of being among the best airport groups in the world.

He highlighted some of the achievements of the Authority in the recent time to include; massive upgrade, rehabilitation and remodeling of existing terminals in FAAN’s 21 local airports, construction of 5 brand new world-class international terminals (Abuja and Port Harcourt has been commissioned for use, Lagos and Kano would be commissioned before the end of the first quarter of this year, while Enugu would follow-suit, soon after).

He also pointed out the Certification of the international airports in Lagos and Abuja (Kano and Port Harcourt are in view), improvement in Safety and Security of the airports, which culminated in the recognition of the Nnamdi Azikiwe International Airport, Abuja, as the best improved airport in safety by Airports Council International, Africa Region, positioning of the airports for Covid-19 operations despite the decline in revenues, which attracted commendations nationally and internationally, amongst several others.

Furthermore, he enumerated some of the challenges militating against the realization of the Authority’s goals to include, capacity and contribution of airports to revenue generation, human capacity development, infrastructural gap, economic challenges affecting revenue generation, accumulated debts, rising operating and maintenance cost, amongst others.
He requested the Committee to assist and collaborate with the Authority in finding lasting solutions to these challenges.

In his response, the Chairman of the Committee, Senator Smart Adeyemi noted that the purpose of their visit was to fulfill the legislative oversight requirement, evaluate how resources that have been allocated are being utilized, and assist in addressing challenges affecting the industry.

He commended FAAN for the recent ratings, and also added that the achievements call for more hard work.He noted that the Committee was not able to discharge her duties last year due to the effect of the Covid-19 pandemic, but stated that this year would be different as they will be visiting more often.

Stating that the Committee is also interested in the welfare and well being of workers, he noted that aviation is key to the socio-economic development of Nigeria, and as such they will assist in whatever capacity possible to ensure that the industry is both robust and effective.

The Committee, which also included Senators Abba Moro, Sadiq Umar and Biodun C. Olujimi then went on inspection of projects. 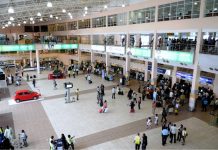 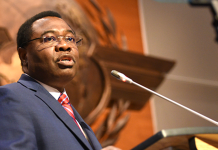