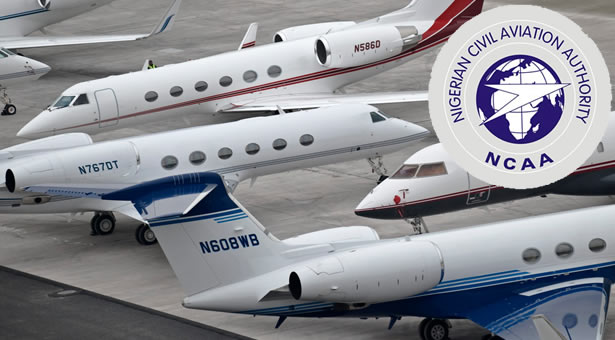 The Nigerian Civil Aviation Authority (NCAA) has given 31st of December, 2018 deadline to all the Foreign Airlines that are yet to Automate/Integrate on the Avitech platform for the remittance of five percent [5%] Ticket Sales Charge/Cargo Sales Charge[TSC/CSC] to do so or face severe sanctions.

A letter to that effect dated 14th of September,2018 has been dispatched to the affected airlines which are 30 in all on behalf of Capt Muhtar Usman, the Director General of the Authority on 19th September, 2018.

Except for The Lufthansa German Airlines involved, the rest are all African Countries carriers operating to Nigeria under the existing Bilateral Air Service Agreement[BASA]. The ultimatum as contained in the letter signed by the Director of Air Transport Regulation[DATR], Grp. Capt Edem Oyo-Ita.

This is coming on the premise that in spite of regular meetings, reminder letters and follow-up by the Authority to Airline’s Management, these defaulters refused to comply with the Federal Government directives on Aviation Revenue Automation Project (ARAP) and abide by the provisions in the BASA between Nigeria and their respective Countries.

It is important to note that, in line with Part 18.12.5 of the Nigerian Civil Aviation Regulations (NCARs), 2015 that “ All domestic and international airlines operating in Nigeria shall forward to the Authority through an electronic platform provided by the Authority, all relevant documents such as  flown coupons, passenger or cargo manifest, air waybills, load sheets, clients’ service invoices and other documents necessary for accurate billing within forty-eight (48) hours after each flight”

In the same vein Part V, Section 12(1) of the Civil Aviation Act 2006 stated that the 5% TSC/CSC to be collected from passengers by Airlines and paid to NCAA. These collections which are shared among the Agencies are meant for the maintenance of Safety-critical, provisions of infrastructural facilities and for meeting their numerous obligations.

Federal Government has come up with the introduction of this Aviation Revenue Automation Project (ARAP) for revenue collection to engender data integrity, transparency, transaction accountability and control of revenue to the Authority in 2011 which is at no cost to airline operators.

Meanwhile, there has been appreciable and commendable high level of compliance by the Domestic Airlines which stands at 97% of the current domestic air transport operations.

the DG, however, appealed to other Domestic Airlines that are yet to join to take steps be integrated on the platform by working with First Bank of Nigeria (FBN)/Avitech for immediate and automatic processing and implementation of the project or face sanction.