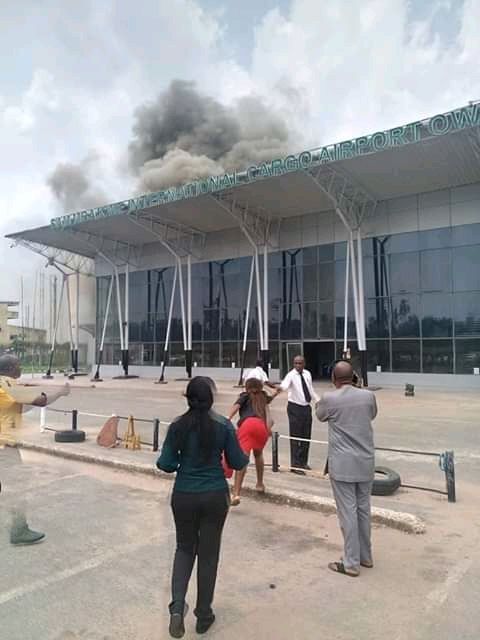 The Federal Airports Authority of Nigeria (FAAN) has noted that it has commenced investigations into the cause of the fire incident which affected come parts of the terminal building of Sam Mbakwe International Cargo Airport, Owerri yesterday.

The arrival section of the Sam Mbakwe International Cargo Airport, Owerri, was said to have been razed down by fire at about 2pm yesterday, an incident which lasted for almost an hour. This caused some sort of panic among passengers at the airport at the time, causing them to flee for safety.

In a statement released by FAAN, the General Manager Corporate Affairs, Henrietta Yakubu, said “the fire was curtailed swiftly by officers of the Aerodrome Rescue and Fire Fighting Services Department of FAAN, aiding the restart of normal operations at the airport”. Yakubu also noted that the authority had commenced preliminary investigations into the cause of the incident.

Although there was no life lost, efforts by men of the fire service and airport workers was responsible to put out the blaze. The cause of the inferno is yet to be ascertained as the area affected is said to be under renovation.