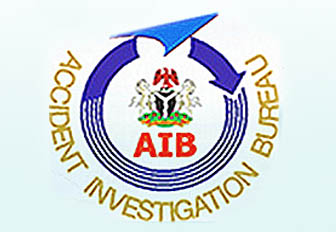 Delta Airlines yesterday in Lagos apologised to Accident Investigation Bureau (AIB) Nigeria over the airline’s failure to notify the government agency of the emergency landing involving its Airbus 330-200 aircraft on Tuesday night.

Leading a team of the airline officials including the technical crew of the flight and the airlines Lagos Airport station Manager to the Ikeja head office of the Bureau around 5pm local time, Miss Shannon Masters, Manager, Air Safety Investigation expressed the airline’s regret for the oversight, stressing that it was not intentional.

Said Masters:”We sincerely apologised for the error and we promise to cooperate with AIB in the investigation of this occurrence.”

The Commissioner/CEO of AIB, Akin Olateru, an engineer,  while accepting Delta’s apology said AIB had already commenced investigation into the serious incident and welcome the airline’s cooperation. “We look forward to receiving cooperation from Delta Airlines as we work to determine the cause of this serious incident in the interest of safety.“

The Nigerian accident investigation body had frowned at the  American carrier’s failure to notify it of the serious incident involving its aircraft in line with Nigerian air safety regulations and international practice.

The airline was believed to have notified the United States National Transportation Safety Board (NTSB) of the occurrence immediately in line with the US laws.

Nigeria, as the state of occurrence under the International Civil Aviation organisation (ICAO) Annex 13 is responsible for investigating any aircraft occurrences within her airspace. The State of registry of the aircraft and the airline may serve as observers.